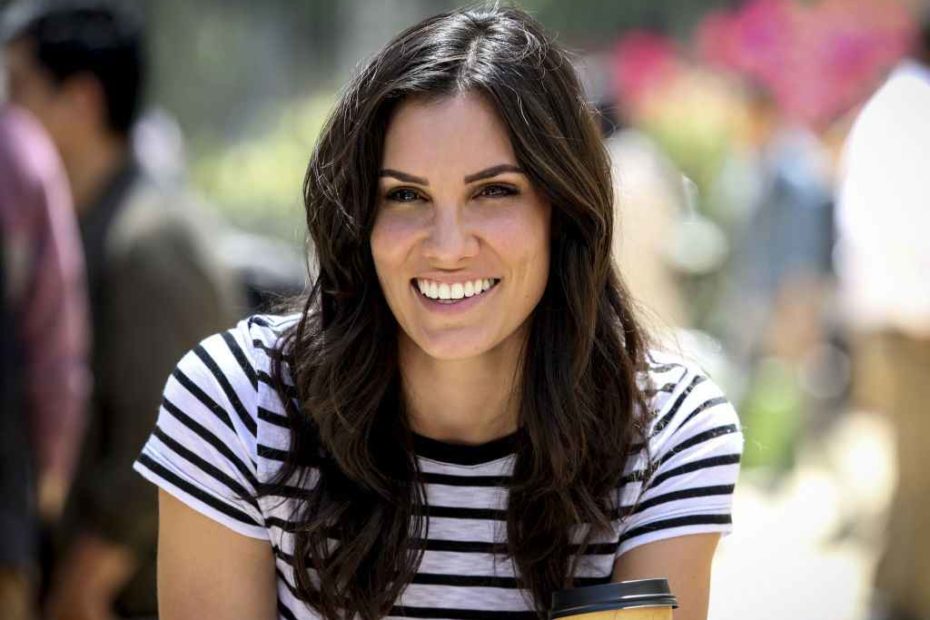 Born from a family-focused medical field, Daniela Ruah chose to trek a different path from her parents. At a very young age, Daniela Ruah was driven to pursue a career in acting. The aspiring actress appeared in local Portuguese Television and later went international with her experience in the States.

Have a close look at Daniela’s life regarding her net worth, body measurements, and husband, David Paul Olsen.

We hardly know anything about Daniela Ruah, but if you’ve watched NCIS from the beginning up until now, then you have more knowledge about who she is. Daniela Ruah, an American-Portuguese actress, is popularly known as Kensi Blye, a special agent in the hit police drama series NCIS. 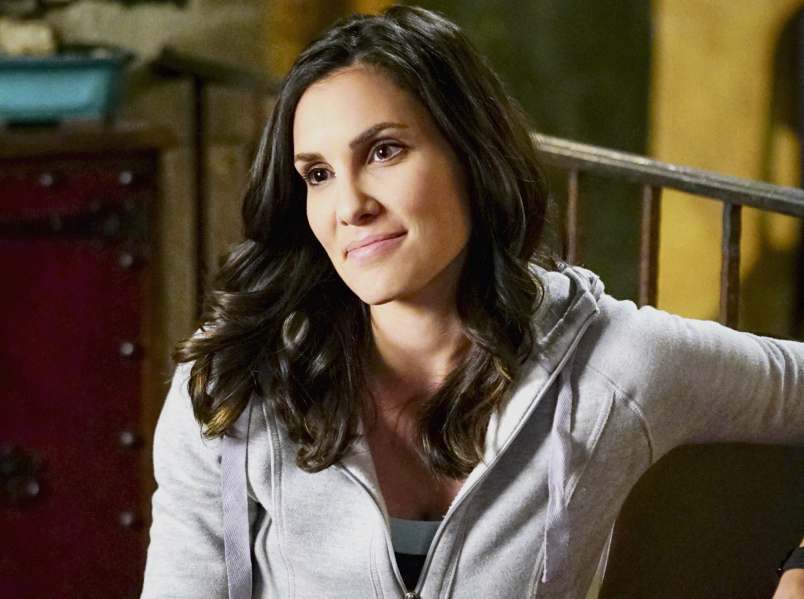 Daniela Ruah plays the role of Kensi Blye in NCIS.

Since 2009, Daniela Ruah has been with the crew as Kensi Blye for almost 13 years, going for 13 seasons in the hit T.V. show. Kensi Blye from NCIS has worked with fellow actors and celebrities such as David McCallum and Mark Harmon until their retirement. She played the wife and partner of fellow NCIS special agent Marty Deeks, portrayed by Eric Olsen in the show.

Daniela Ruah has built her acting career and accomplishments from multiple films, television shows, and telenovelas. She has a total net worth of $8,000,000.00 as of November 2021, which mostly comes from her renowned acting and performance of Kensi Blye in NCIS.

Daniela Ruah, born Daniela Sofia Korn Ruah, was born on December 2, 1983 (age 37), in Boston, U.S.A. Her parents come from honorable and respectable professions, both of her mom and father being doctors in different fields. Specifically, her mom works as an otologist while her father works as an E.N.T. doctor.

At the young age of five, Daniela and her parents quickly moved to Portugal, where she studied at an English-medium school called St. Julian’s school. This was also when she participated in multiple telenovelas in Portugal and dance competitions on local television. She did all of this when she was still 16 years of age.

When Daniela was 18 years old, she moved to London and finished her college studies, taking up a Bachelor’s Degree in performing arts at the London Metropolitan University. She returned from Portugal to continue her acting career in soap operas such as Dei-te Quase Tudo and Filha do Mar. Later that year, she went back to New York to study and learn more about acting at Lee Strasberg Theatre and Film Institute.

After all that studying, it was all films, roles, and characters for Daniela. In the years 08 & 09, she was part of films named ‘Blind Confession,’ ‘Safe Haven, ‘and ‘Midnight Passion,’ until she landed the role she was going to be known for in the country – special agent Kensi Blye in the police-drama series, NCIS.

Daniela Ruah is married to her husband, David Olsen.

If we’re talking about celebrities, it’s also the right thing to talk about their love life and relationship status. But, who would’ve thought that Daniela Ruah would marry David Paul Olsen? David is the older brother of her co-star, Eric Olsen, who plays her on-screen husband, Marty Deeks.

Daniela Ruah with her Husband and Children

Daniela and David had a rocky and unsteady relationship before they got engaged. Luckily, the future best man appeared in the form of Eric Olsen. Eric was the one who pushed them to each other. On the set, Eric would say nice things about Daniela to David and vice versa, which was enough to spark a long-lasting relationship.

Before Daniela & David were wedded, they gave birth to their first child, River Isaac, in 2013. Soon then, they re-arranged their marriage details and were married in June 2014, with their first child with them. Two years later, the celebrity couple then had their second child, Sierra Esther Ruah Olsen.

We’ve been talking about Daniela for a while now. It’s also time to get to know her husband, David Paul Olsen.

David Paul Olsen is a Norwegian-American born on January 2, 1976 (age 45), in Moline, Illinois, U.S.A. He’s been a stunt performer and actor ever since 2006; he worked on various movies such as The Back-up Plan, Swiss Army Man, and The Nun, but his best-known role is being Daniela Ruah’s husband -known as Kensi Blye in NCIS.

In his childhood years, David lived a simple country life with her father, Paul, who worked as an English professor and a cross country coach; his mother Jeanne, a non-denominational chaplain; and lastly, his brother, Eric Olsen. The brothers attended the Bettendorf Middle and High School, then continued on their entertainment industry careers.

As you can see, David is composed of 90% stunt double and 10% actor, but he honed his skills as a double stunt performer and maxed it to his highest capabilities. David had 50 stunt double movie performances and, not surprisingly, became one of the most prominent and regarded stunt doubles in the entertainment industry.

He continued his masterwork as a double stunt performer. He landed on big-time projects such as Transformers: Revenge of the Fallen and G-Force, and in multiple television series including “The Last Ship” (2014–2018), “Shut Eye” and “I Love Dick,” both from ’16-‘17.

Until the time came when he landed his life-changing role; he was recruited as a stunt double in NCIS in the year 2010, alongside his brother, Eric. This was when David met Daniela in one of NCIS’s sets, and I think we already know what happened after that.

Performing as a stunt double is no easy feat, but not for David Olsen. Thanks to his effort and willingness to take the hit on movies, he has accumulated a total net worth of $1,000,000.00.

If you’re looking for a power couple, then Daniela & her spouse David should be on your list. They’ve been successful in their respective careers, had a rocky yet fruitful relationship (with the help of Eric), and later on continued their jobs while taking on another responsibility-being a father and a mother to their two children.

A lot of commitment, effort, and determination is needed to do those things all at once, and Daniela & David have what it takes to accomplish those.