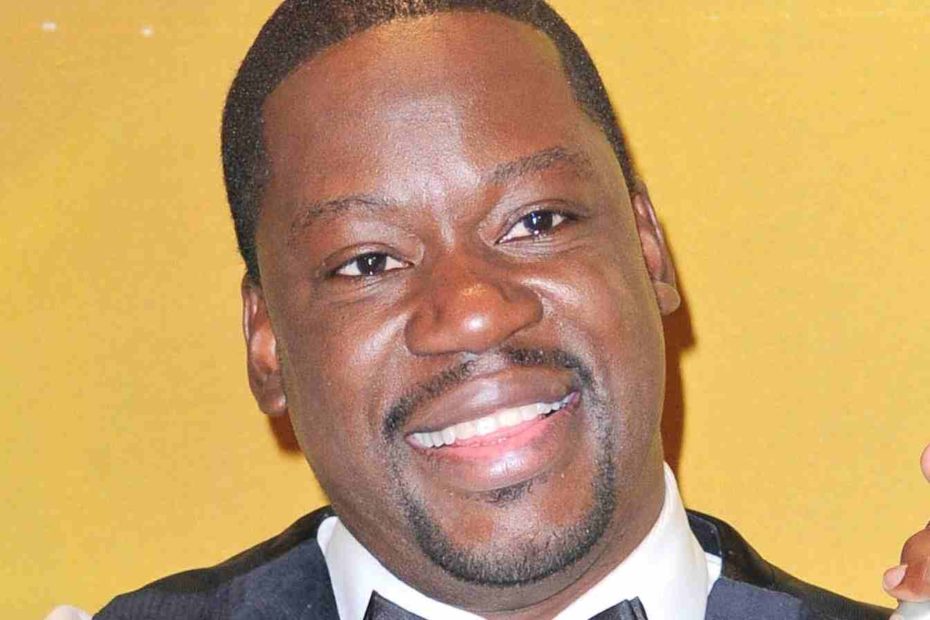 Everyone experiences challenges and hardships in life, be it a normal average person or a big name in the entertainment industry. American actor Daryl Mitchell is not different from the rest. He is famous for his portrayal in The John Larroquette Show (1993-96) as Dexter Walker, Veronica’s Closet (1997-200) as Leo Michaels, Ed (2002-04) as Eli Goggins III, and NCIS: New Orleans as Patton Plame.

Mitchell was born on the 16th of July 1965 in The Bronx, New York. She was raised in Wyandanch, New York. The strong-willed actor became publicly known during 1980, and he was featured in various films and TV series from that moment on. But a terrible turn of events transformed his life, though it did not hinder him from continuing his career.

Let’s get to know more about Daryl Mitchell – his role in NCIS, his wife, and his kids. What happened that led him to use a wheelchair?

NCIS Universe cast Daryl Mitchell in a recurring role for their spin-off NCIS: New Orleans. He portrays Patton Plame, a computer security analyst for the task force. He utilizes a wheelchair with the mount to secure his tablet in the best placement to do his function sublimely.

Agent LaSalle often calls Plame a hacker, even though Plame emphasizes that he’s an investigative computer expert. Patton Plame from NCIS is impaired yet proficient in security hacking, cryptography, and computer programming. He is the unit’s pivotal fellow for collecting information or dealing with any cyber-terrorist pursuits. Considering the many occasions he’s assisted the crew, they gave him an extra P that symbolizes perfection, making his nickname Triple P. 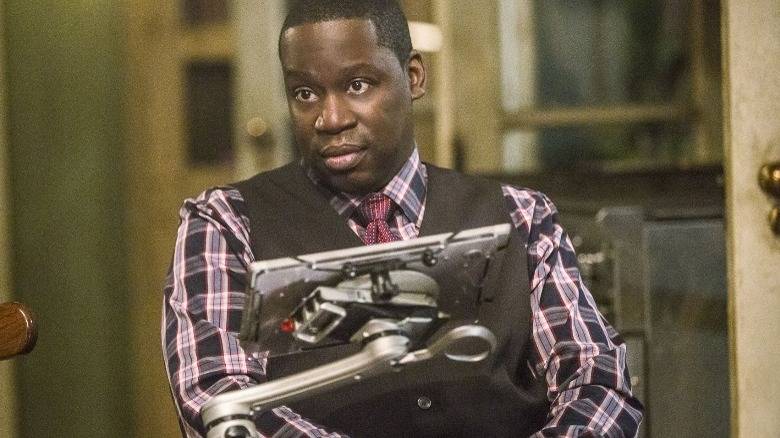 Daryl Mitchell plays the role of Patton Plame on NCIS

However, being paraplegic didn’t prevent him from his hobbies, such as lifting weights and paragliding, even with the NCIS team’s stopping. Plame is a wise individual who knows the technical and crucial aspects of their missions, and he won’t be intimidated by other people and be a burden to the unit.

As of early 2021, Daryl Mitchell has an estimated net worth of $500K, which he collected through his success in his acting profession.

He’s been acting and engaged in his career for the past 30 years, which has incredibly affected his income and funds. While he pushes forward in his work, it is expected that Daryl’s net worth will increase more subsequently.

Daryl Mitchell is a happy family man. In 1998, Daryl tied the knot to Carol Mitchell.

Contrary to Daryl, Carol likes to have a private life. While she doesn’t have any social media accounts, she is usually seen on Daryl’s Instagram. She also accompanies her husband during special events and occasions. One exceptional character of Daryl’s wife, Carol, is that she has always been on the side and rooting for her husband, despite the fatal collision where he escaped death. 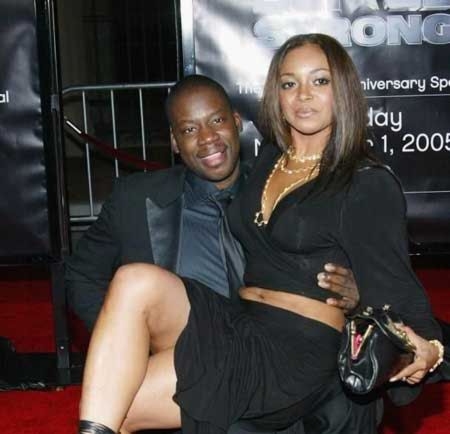 Daryl Mitchell and his wife, Carol Mitchell currently live in Sugar Hill, Georgia. What’s more, there’s no conflict or issue with Carol that may cause the couple to separate ways.

Daryl and Carol Mitchell’s 23 years of marriage resulted in three children – a girl and two boys. Their eldest, Desmin Mitchell, was born in 1995, followed by Justin Mitchell, born in 1998. They welcomed their youngest daughter, Kamari Mitchell, in 2000. 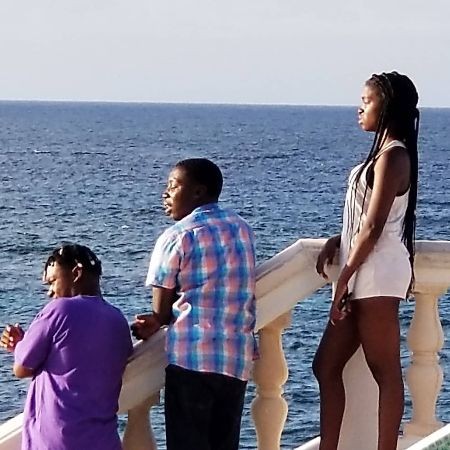 The three attended North Gwinnett High School, with Justin and Desmin were members of its football team and Kamari joining the cheerleader squad.

It was November 10, 2001, when Mitchell suffered an accident that left him impaired from the waist and the rest of his body below.

The actor was on a family getaway on Warsaw Island near Beaufort, South Carolina. During the crack of dawn, Mitchell tested his nephew’s motor for a drive – it was a Kawasaki Ninja 900. He was under no circumstances a beginner rider and new to maneuvering Kawasaki Ninja since he has one in his residence. Who would know that an unfortunate twist would befall him?

He lost control of the motor when he went around a curve and came across gravel and unsecured asphalt. Mitchell said that it was dark, and he barely knew the roads. The motorcycle ignited directly beneath him.

He regained consciousness in the hospital five days following the accident. He sustained a kidney contusion, collapsed lungs, broken wrists, and to make matters even worse, he suffered a spinal cord injury. The damage in his vertebral column caused him to be paraplegic from the waist down. Mitchell took all the blame for the crash and acknowledged that he was not wearing any protective gear at that time.

Carol’s partner needed to undergo therapy only to have his shoes on. Barely a year ago following the accident, he practiced and self-trained to drive again, put on clothes, and even have a couple of bullets at a shooting range.

Mitchell’s family and close friends encouraged and showed their unwavering support to have the actor continue his profession. He narrated how four months following the crash, he returned as an actor in the American comedy-drama TV series Ed. He played Eli Goggins, a bowling alley manager. Eli also suffered the same incident with Mitchell and was also impaired. He embarked on a new chapter in his life and was able to work his way back into the limelight. Daryl Mitchell has continued to be involved in a few series, including in NCIS: New Orleans as Patton Plame and Fear The Walking Dead as Wendell. 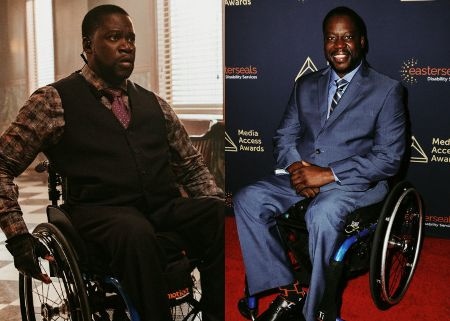 The actor likewise realized that his part in “NCIS: New Orleans” would make the viewers aware of an impaired actor first ever, and it would be an honor for him. Given the lack of incapacitated individuals, particularly wheelchair-using people of color, Mitchell’s achievement connotates the call for more handicapped narratives. It’s the main reason that Mitchell campaigns for disability benefits, and the entertainment industry provides disabled actors the same lucky breaks and honor they give able-bodied personalities. He stated that it’s clearly the start of a new age for actors with disabilities.

Moreover, the actor likewise begins the Daryl Mitchell Foundation, which he created to call the nation’s attention regarding spinal cord injuries. He further acts as the Minority Outreach representative for the Christopher Reeve Foundation.

Daryll Mitchell unquestionably inspires countless individuals who thought they could not have a life filled with meaning and happiness because they’re disabled.