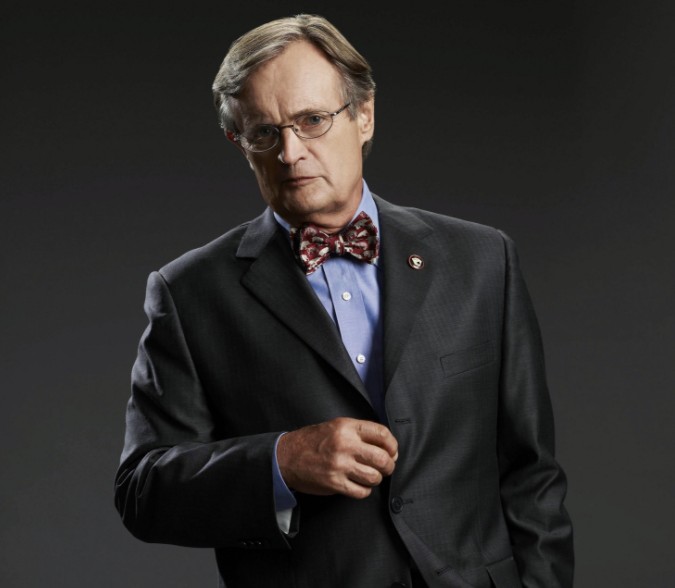 The Scottish-American actor and musician David McCallum has become a household name in the entertainment industry. He appeared in various shows, making him one of the fan favorites of all time. McCallum is best known in the T.V. series The Man from U.N.C.L.E., portraying the fictional character of a Russian secret agent Illya Kuryakin. He is also famously known as part of the hit show N.C.I.S. as Donald “Ducky” Mallard. Many of his fans are curious who he is behind his every fictional character, given these various roles.

You’re here to know David McCallum’s life off-screen. There is no need to scour further on the internet, as we have compiled some information behind the man who almost got everything in life, David McCallum. Know his wife, Katherine Carpenter and their kids.

David McCallum has been married to his wife Katherine Carpenter since 1967.

In the showbiz world, it’s usually pretty complex to find your one true love. However, it’s still always possible to have one, just like how the love story of David McCallum and Katherine Carpenter came into existence. The duo met way back in 1965 during a photoshoot in New York. At that time, 21-year old Carpenter was a model and an actress and unexpectedly worked together with her husband David, who was eleven years older than her wife. A few moments later, they became romantically involved. 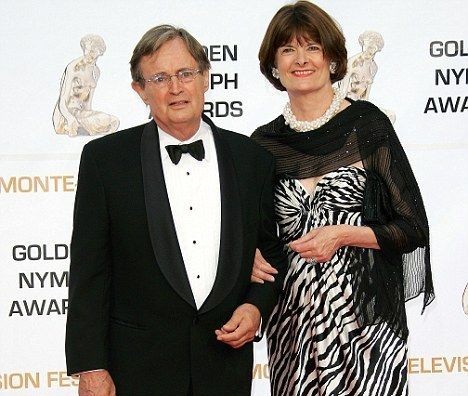 Their relationship has been shared openly with the public. The couple since then had become attached and have been together everywhere. Given this, the duo’s romantic connection became subject to different commentaries, considering McCallum was still legally married to renowned actress Jill Ireland, with whom he shared three children. However, after Jill’s numerous counts of rumored affairs with another Holywood personality, the former couple decided to file a divorce to formalize their separation.

Despite the issues they were subjected to, McCallum and his wife Carpenter continued their relationship and became even stronger. When David’s marriage to Jill finally came to a close, he decided to ask Katherine’s hand for marriage on July 04, 1967. And without a single doubt, she gave her sweetest yes for an answer. Two months later, the couple walked down the aisle and exchanged their marriage vows on September 16, 1967.

Their communion became even more blessed as they welcomed their two children named Peter and Sophie into the world. During an interview with David McCallum, he was asked about how his life is so far, to which he proudly said,

“The best moment of my life is right now.”

Evident through his words, the couple’s relationship has been more robust over the years. True enough, McCallum and his spouse are the living proof who can testify that love is meant to be firm by time. Currently, the duo is now lovingly enjoying their 54th year of marriage. Indeed, the entire universe conspired to help them find each other’s hearts.

Before McCallum’s love story with Katherine Carpenter came into life, he was first married to another renowned star, Jill Ireland. They met in the year 1957 during the set of “Hell Drivers.” Throughout their dating stage, they decided to take a step forward. The duo was married in the same year -1957- and had a small ceremony that their families and small friends attended. And similar to a happy ending love story, they, too, shared three children. For 11 years of being together, their relationship has been on a roller-coaster journey. 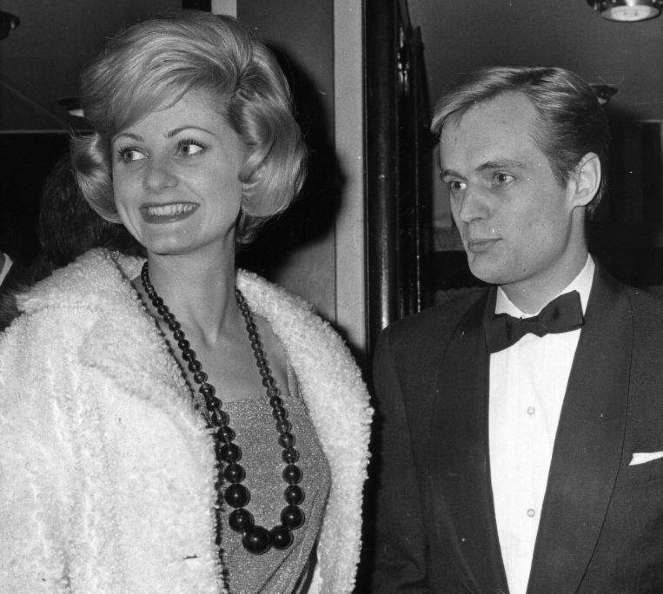 Years passed, their seem-like ideal romance turned out too different from expectation. Throughout the couple’s married life, they have been tested with time and how strong they can be together. However, a few moments later, it was reported that Jill was secretly visiting another famed actor, Charles Bronson. For David, it was indeed a heartbreaking moment. Given these unfortunate events, their marriage ended in divorce.

According to some celebrity news outlets, Jill was already in love with Bronson before marrying David. But what’s more interesting is David knew everything. As the years go by, this issue no longer concerns them as both are now happy together with their new partners.

The love story of David McCallum and Jill Ireland, although it ended unsuccessfully, have been blessed to have three children – Jason McCallum (their adopted son), Paul McCallum, and Valentine McCallum.

Jason was an adopted son of David and Jill. However, he became addicted to alcohol, heroin, and cocaine, which eventually cost him his life. He died at the age of 27, and his dead body was found at his apartment in Laurel Canyon. His death created a big hole in his parents’ hearts, and true enough, it is a hole that no amount of success can fill.

He was one of the sons of David McCallum and Jill Ireland, who is already a great actor and composer. Paul was best known for his appearance in different shows, including Death Wish 4: The Crackdown in 1987, Assassination in 1987, etc.

Third child, Valentine, has been best known for his first solo record, “At the End of the Day.” He is a famed musician of all time and is also known as a singer-songwriter and English-Scottish guitarist. 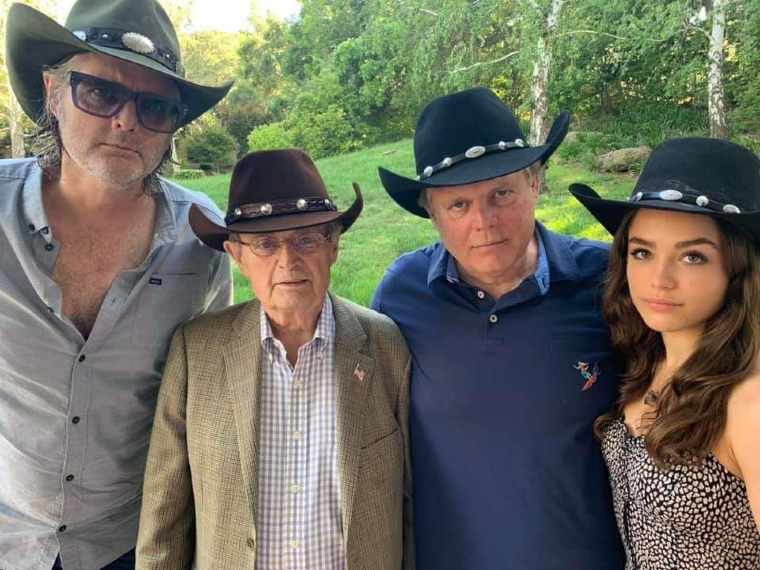 David McCallum with his sons, Val and Paul

Apart from the David-Jill siblings, McCallum, with his new wife Katherine, also welcomed to the world their children together – Peter and Sophie.

The 52-year-old Peter McCallum was brought into this world on December 31, 1969. He was a player of Scottish rugby and played for Ayrshire Bulls. Apart from this, Peter is also part of the Scotland Club XV numerous times.

Sophie is the only daughter of David and Katherine. However, she is not fond of sharing her private information with the public and has had little to no presence on social media. Given this, there are no exact details when it comes to her personal dealings.

David’s current wife came into this world on November 30, 1944, and as of 2021, she is now living her 76th year of existence. Katherine was well-supported by her parents, Edward Carpenter and Kitty Eaton throughout her life. However, in 1971, her mother died due to an illness. This event did not stop her from doing her best in life. After she graduated, Katherine tried her luck in entertainment and joined different T.V. shows. Lucky for her, she made her journey on top with success.

The famed actress was best known in different shows, including Empathy’s Birthday in 2017, Gods of Los Angeles in 2005, Oranges: Revenge of the Eggplant, and The Fallen. Apart from this, the slim and long-legged woman is also a great model. With her years in service in the entertainment industry, Carpenter gained a vast fortune ranging from $3 million as of 2020. All of these are all from his persistence in her career and as an entrepreneur.

Katherine still prefers to live a modest life despite having a successful professional life. True enough, in her 76th year of existence, she is already living the best of life with her husband and kids.