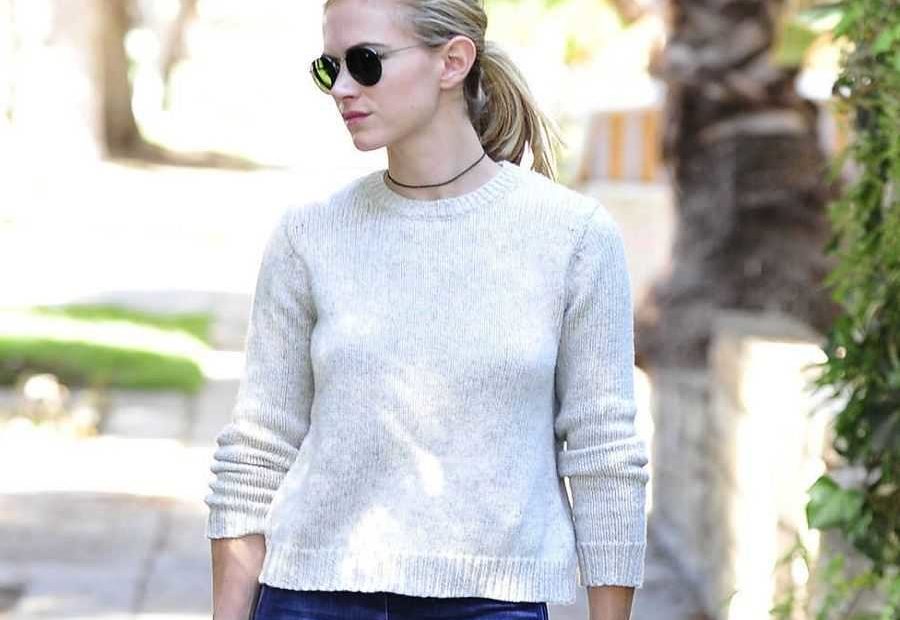 Are you fond of watching crime movies? If yes, then you must be pretty familiar with the name Emily Wickersham. A well-known artist in the field of acting, Emily was born on April 26, 1984, and she is already living happily in her 37th year of existence as of 2021. As part of the American ancestry, the actress has been described as having the best fusion of beauty and talent. On top of it, she is 5′ 7″ tall and 34-24-34 inches in body measurement, making her have an ideal body figure and shape.

Throughout the decades of appearing on the big screens, the actress has starred in various films. But among those shows she was in, Emily is best known for her portrayal in the action drama series NCIS. She brought to life the fictional character of Eleanor Bishop, a great special agent.

In this article, let’s dig into Emily’s life and know her net worth, age, and body measurements.

Before being part of NCIS in the show, the character of Emily, Ellie, is a former analyst for the National Security Agency. Her prior responsibility was to investigate the Middle East thoroughly and know any possible hazards. Apart from this, she is one of the members of the Major Case Response Team in NCIS. Aside from the angle of her professional career, Ellie is the daughter of Barbara Bishop, together with her brothers, Robert, George, and John Bishop. Ellie is indeed an epitome in her chosen field with her striving profession.

However, despite her award-winning acting in the show, Ellie Bishop from NCIS bid her farewell to the hit crime drama series and, of course, to her fictional character. She confirmed the news in one of her Instagram posts. She stated,

“I’ve been lucky enough to be a part of a show where I got to show up and act and laugh and learn with wonderful people. A moment in time I surely won’t forget. Thank you CBS and NCIS for including me in a part of television history.” 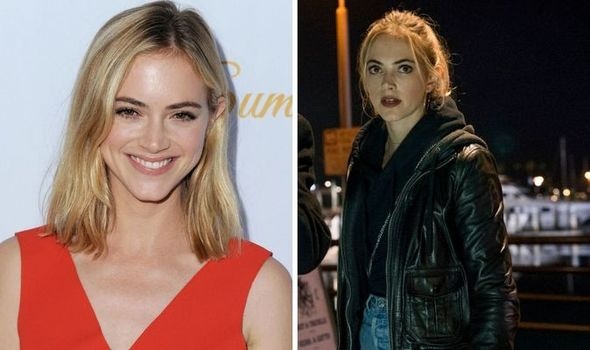 As expected, this information caused an uproar on various social media platforms. Most of her fans can’t find the right words to express how regretful it is seeing her leave the show and knowing that the character of Ellie Bishop will not be seen anymore in the drama.

Despite her sad decision to leave the NCIS, the famed actress’s professional career will still be sailing onwards in the film industry.

Looking back to how she started in her profession, Wickersham has always dreamed of becoming a famous Hollywood star. However, this has been a challenge for her since she initially wasn’t confident to face crowds. But with her keen perseverance to go beyond her comfort zone, Wickersham tried her best to build her confidence in public by joining various public speaking contests during her school days. With this, she overcame her stage fright and made her dreams come true.

Knowing that she is undeniably talented, a particular agency saw her potential in acting and encouraged her to join as one of the cast in the show The Sopranos. Fortunately, she made it to the top of the list among the artists who got passed.

Before this show aired on TV, the actress also appeared in one of the episodes of the famous show in 2006, Late Show with David Letterman, where she played the role of Jules. Aside from this, she is also part of the cast in the show Just Another Pretty Face.

With all the successful start-ups in her acting journey, Emily’s fame began to rise in the industry, leading her to play major roles in television and films. The actress’s first appearance on the big screen in 2007 marked her film debut in entertainment; it was when she starred in the comedy-drama Gardener of Eden playing the role of Kate. In the same year, Wickersham also appeared in one episode of the show Caught!, wherein she portrayed the fictional character of Suzy.

Her other movie appearances include Definitely, Maybe in 2008, Remember Me in 2010, Glitch in 2015, I Am Number Four in 2011, Gone in 2012, and How I got Lost in 2009. The famed star has also featured in various television shows, such as Mitch Albom’s For One More Day in 2007 and The Bronx is Burning. In 2009, she was part of the show entitled Law & Order: Criminal Intent, and in the same year, she was also credited in Taking Chance and Bored to Death. Further, Emily was given an opportunity to cast in Gossip Girl’s TV show in 2011 and The Bridge in 2013. 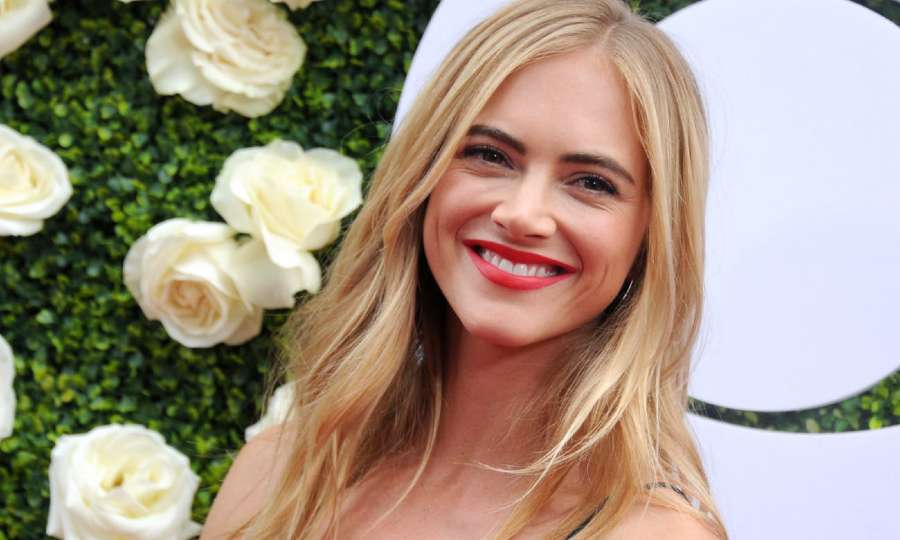 But among these appearances, she is best known as Eleanor “Ellie” Bishop in the famous American film NCIS.

What’s interesting is Wickersham’s role on the show is supposed to be just a temporary gig. However, the show producers realized that the fans already fell in love with her portrayal of the character, leading to the actress’s promotion as a regular main character.

Throughout her professional acting journey, Emily’s appearances in various films paved the way for her to become financially abundant. She gained multiple projects and deals in different TV series and earned more than a living. So, how much is Emily Wickersham worth?

The renowned star now has a net worth of approximately $10 million as of 2021. With her wealth and handsome value of money, she undoubtedly lives as one of the film business’s well-off personalities. Despite having fame and fortune at hand, the actress still prefers to live a modest life.

Personal life: Does she have a Husband?

Apart from her journey in the limelight, Emily Wickersham was also a wife to Blake Anderson Hanley. The duo exchanged their marriage vows on November 23, 2010. However, their relationship was tested and wavered, leading them to separate in 2018. Given this situation, it did not stop the actress from opening her heart to entertain another love interest.

Currently, Emily is in a romantic relationship with her only sweetheart, James Badge Dale, who is also a great actor. Throughout the years of being together, the couple featured their sweet pictures a few times on their Instagram posts. But among all the photos they have posted, Emily’s IG caption caught the public’s attention. She wrote,

“My mom taking a photo of a future mom with a baby boy on the way.”

Expectedly, this pooled various comments from their supporters, family, and friends. And after two months, James posted another picture together and captioned,

“It’s not even Beauty and the Beast it’s just like Beauty and who da f*k is that guy. Happy Third Trimester baby.”

As of now, the duo is happily living with each other while waiting for their baby boy to come out. 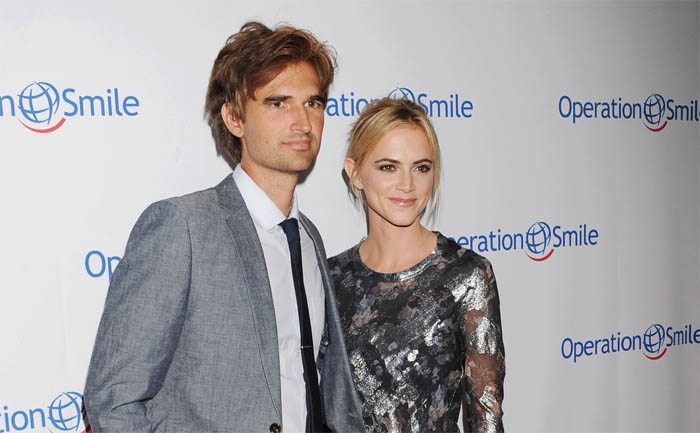