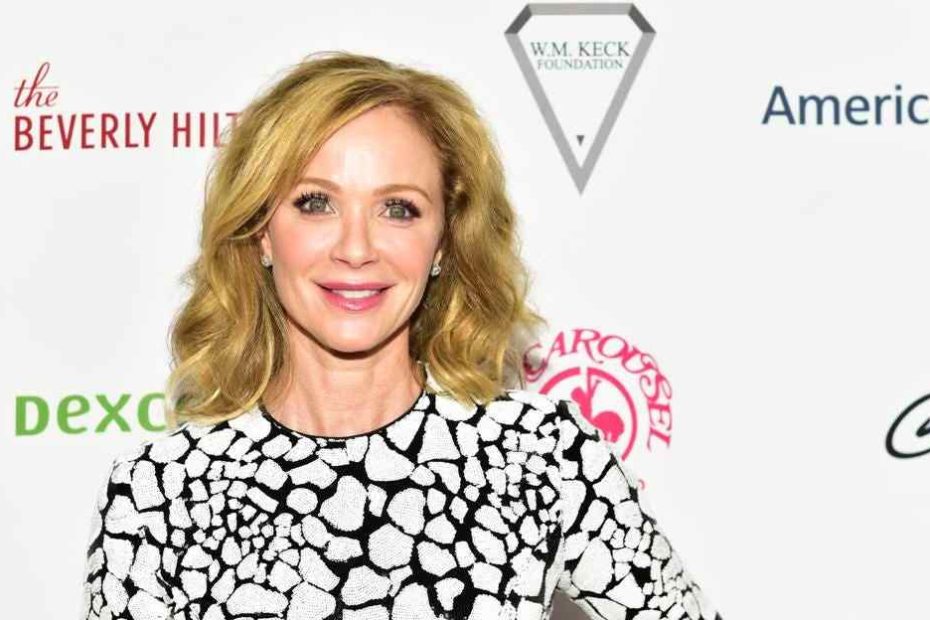 Lauren Holly is an American-Canadian and among the in-demand actresses in Hollywood. She is hugely renowned for her character in the 1994 film Dumb and Dumber as Mary Swanson, in the American TV series NCIS as Director Jenny Shephard, and in the drama streaming series Tiny Pretty Things as Monique Dubios. Her working career is very transparent to her fans – how’s her love life?

Besides her achievements in the entertainment world, Lauren has likewise experienced a happy but somewhat messy life. With her stunning beauty and excellent talent as an actress, she won the hearts of most individuals, even male celebrities. From being married not once but thrice to being a single mom, let’s dive into the love journey of one of America’s sought-after actresses, Lauren Holly. Also, let’s have a brief look at Lauren’s ex-partners, Francis Greco, Jim Carrey, and Danny Quinn.

Lauren was first married to the Italian actor Danny Quinn. Danny is also known to be the son of the deceased Anthony Quinn.

Lauren and Danny have known each other for days on end back in college. And after dating for years, the two became man and wife in 1991. However, they didn’t last that long, and after three years of being husband-and-wife, they separated in 1993. 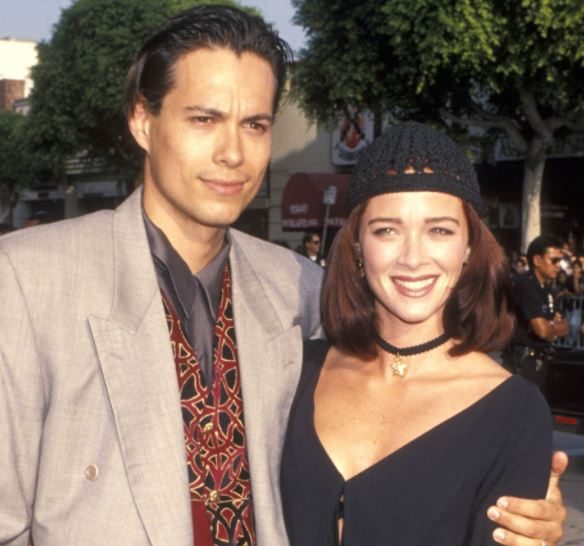 In late 1997, Danny conveyed that he, on occasion, maltreated his ex-wife just like his father did to her mother. As per the actor, sometimes he felt the urge to hurt Lauren. Danny would hit and beat her, abusing the actress physically. He confessed to his wrongdoings, and he’s been sorry about it.

Even though Lauren preferred to keep silent and not say a word about her first failed matrimony, it’s pretty much evident that those times were hard and distressing for her.

In 1994, Lauren was introduced to another actor, Jim Carrey, during the detective comedy film Ace Ventura: Pet Detective audition. While she declined the project, the two hit it off and became friends, then evolved into love. The two got to work together in a buddy comedy film, Dumb and Dumber, and eventually, they decided to become more than friends and started dating. Lauren’s relationship with Jim helped her to reach stardom.

On September 26, 1996, the two tied the knot on the summit of a mountain facing the Pacific Ocean. Isn’t it romantic?

When their movie, Dumb and Dumber, became a hit, the couple was immediately all over the news. And somehow, that seemed worrying as it coincided with the surge of paparazzi. Shutterbugs would sneak around them, trying every possible thing they could to snap photos of the couple. During an interview with Oprah, Lauren even stated that sometimes, they went extreme and pitched a tent in their tennis court only to have exclusive snaps. 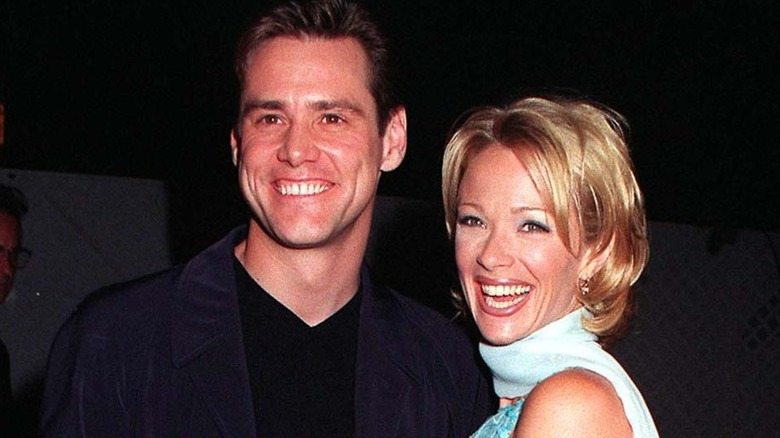 But, on July 29, 1997, after eight months of living together, they divorced due to some irreconcilable differences. When the couple went different ways, it was not easy for Lauren since they bonded even for a short period. Their divorce was saddening yet a controversial, trending subject for the media.

Nevertheless, she is still well-acquainted and in friendly relationships with Carrey. She treasured and cherished the good memories of them being a co-worker and as a couple. Lauren even called Jim a genius in his impersonation of President Joe Biden on the TV show Saturday Night Live.

After Lauren’s separation from Jim Carrey, she was single for three years until Francis Greco came into his life. During that time, Lauren was already a respected personage in Hollywood. 53 years old Lauren is an entrepreneur and investment banker from Canada.

The two met at a gala on a blind date in 1993. They took to each other, and both felt there was something from them, although Francis is five years younger than the actress. After two years of dating, they got engaged and eventually held a wedding ceremony in Toronto, Canada, on March 10, 2001.

Afterward, Lauren put her professional life in limbo, and the newlywed relocated to New York. The two wanted to start a family and chose to adopt a child. It was exceptional that Lauren and Francis had similar thoughts on adoption. The actress thoughtfully selected the birth parents that remarkably looked similar to them. And at the end, they adopted three children and named them Alexander, George, and Henry. 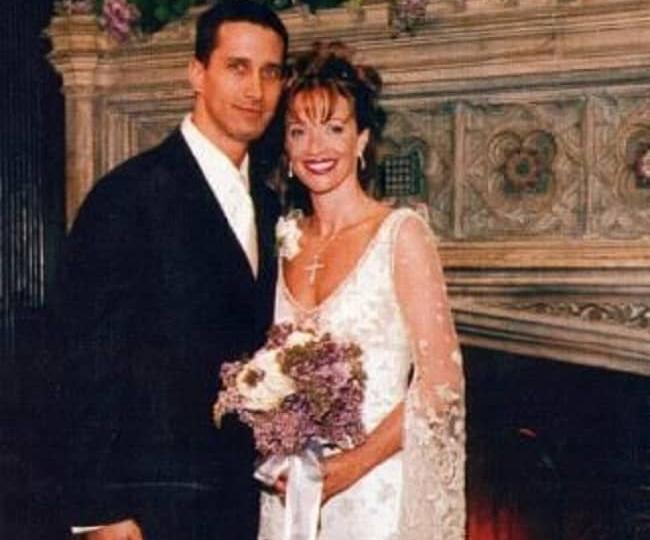 The family migrated to a small town in Chicago to allow the kids to grow up away from the public’s attention. After a while, Lauren wanted to return to the big screen, and they relocated to Los Angeles. And this became a struggle for Francis since he needed to travel rather often for his family and work. The three boys were usually with their mother on the filming sets, and their father got to be far from them.

Regretfully, the tie that binds the couple started to loosen, and despite all, their divorce happened in 2014. Lauren and Francis’ difference in profession caused a breakup in the marriage.

Since divorcing Francis Greco, Lauren Holly is now a single mother of the three boys they adopted. Their first adopted child, Alex, is now 18 years old,  followed by George, who is 17, then Henry, the youngest, 16.

She dedicated her time to raising the boys. As per her statement in the Closer Weekly magazine, Lauren confessed that it was a challenging job and responsibility supervising them to grow up as refined men even with their current family’s situation. However, the boys have a good relationship and are still in touch with their father. 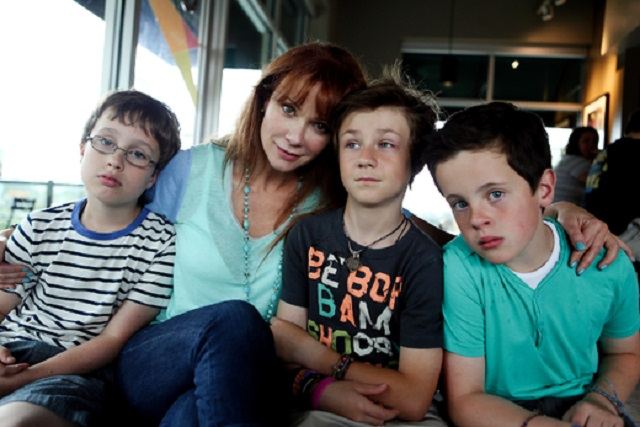 Lauren loves her little boys so much. Since the actress is very competitive and tends to feel irritated whenever things go awry, the boys taught her how to look on the brighter side when such unfortunate events happen.

The actress and her three teens live peacefully in Canada with her new boyfriend, Jerome Ruffin. Alexander Joseph Greco, her oldest son, has followed in her footsteps and found his passion in the entertainment industry. He has already appeared in several TV commercials and films, including Too Late to Say Goodbye, The Town Christmas Forgot, and Just Go with It.

Being married three times shows how strong Lauren Holly is – a woman willing to experience and share love, regardless of countless heartbreak.