Home » Lucas Black Net Worth, Age, Why did He Leave NCIS New Orleans?

Lucas Black Net Worth, Age, Why did He Leave NCIS New Orleans? 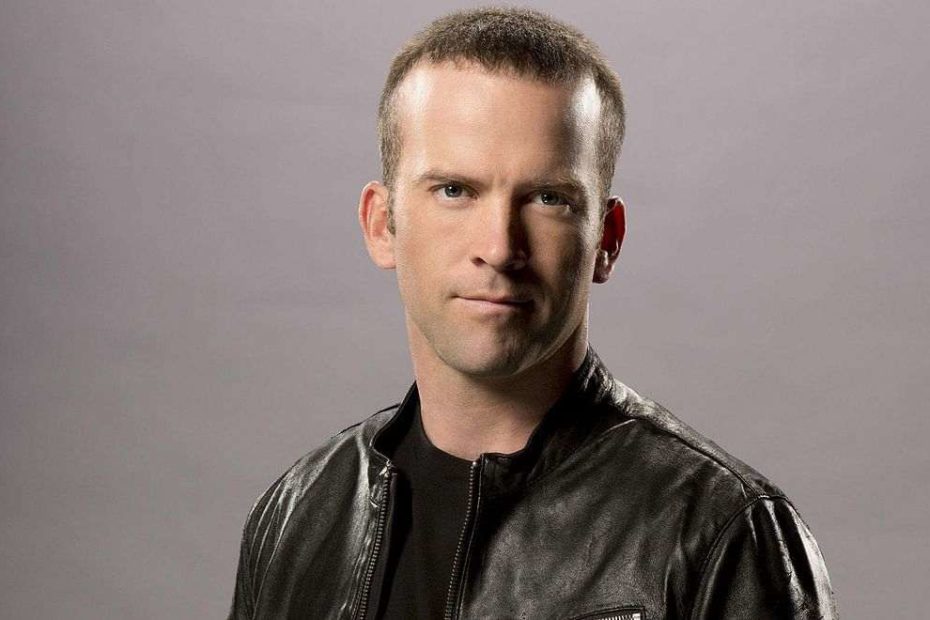 Lucas Black is a renowned American actor and model. Since 2014, he has appeared in the third series of the NCIS franchise, NCIS: New Orleans, as Special Agent Christopher LaSalle. He is highly famous for this generation not noticing him these days.

So, hоw familiar are you with Lucas Black? If you’re a new fan, we have basic information about the actor for you, including his role in the CBS series NCIS: New Orleans, his age and birthdate, his family and kids, the lists of movies and series he was in, and his net worth. There is more to that cheerful personality and bright smile to be read.

Lucas Black played the character of Christopher “Chris” LaSalle in the CBS series NCIS: New Orleans. LaSalle is the Senior Field Agent of the NCIS team stationed in New Orleans, under the command of NCIS Special Agent Dwayne Cassius Pride.

LaSalle traveled to New Orleans and became the first detective of the New Orleans Police Department’s Fifth District, and he subsequently met Agent Pride. He was later transferred to the NOPD Vice Squad and worked for them for seven years. He shortly became a member of NCIS and was allocated to the New Orleans branch, which reunited him with Agent Pride.

Out for an act of revenge for Cade’s (his brother) grizzly death, Agent LaSalle was shot to death while avenging his brother in season six, episode six.

While Chris was probing Dolan’s place (his brother’s killer) for some evidence, a woman stepped in before attempting to flee. He was able to grab her and noticed that the woman was Sue-Ann Hughes (Lucy Faust), Dolan’s girlfriend. When questioned if she had any idea about his brother’s death, Sue-Ann stated that he might have been brought to a hunting cabin; hence, she accompanied him and led the way. 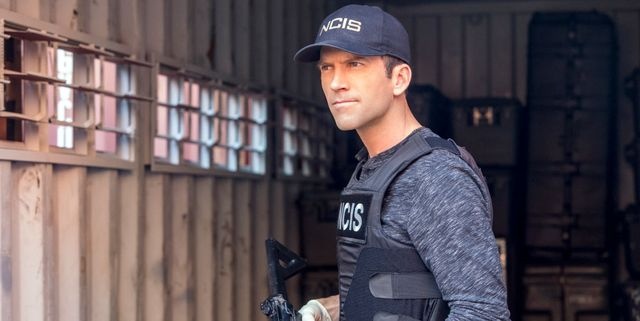 As soon as they reached the cabin and entered the place, Chris discovered a bloodstain on the floor and believed it was the spot Dolan killed Cade. Amid his investigation, a man began shooting. Chris appeared in front of Sue-Ann and took the bullets which were supposedly aimed at her. He was shot in his right arm and abdomen and fell to the ground.

Dwayne Pride arrived at their ground before long and had Chris conveyed to a nearby hospital. While Chris survives the operation and appears okay, his vitals shortly began dropping. In his tear-jerking last few minutes, he saw his brother Cade and eventually invited him to have fishing; then monitors beep, sounding his death.

With his charismatic personality and deep southern accent, LaSalle had been among the much-loved characters in the show. Hence, fans were upset when their favorite agent was suddenly taken out.

It was alleged that Black was reoccurring in the movie Fast and Furious 9. He first landed in the Fast and Furious franchise during its Tokyo Drift sequel as Sean Boswell, then reiterated his character in the 7th sequel.

If Black was genuinely coming back to the film industry, fans could understand that shooting for a fast-moving film and long-running TV series might be a little exhausting and only gave him minimal me-time and time with his family. 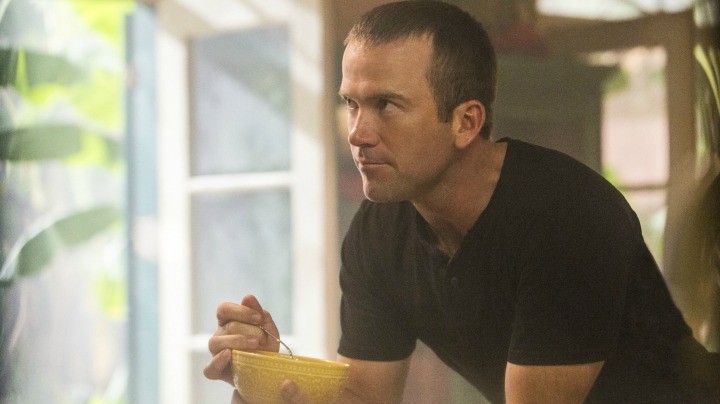 Furthermore, the actor also hinted there might be some personal reasons following his departure from the series. When Lucas Black initially chose to depart from NCIS: New Orleans, his motives, he earlier indicated, needed to do with having to dedicate more time with his wife and kids.  The actor stated that many priorities in his life had been waived to be where he is right now. He had to work for 70 hours a week, which gave him a limited time to allow for his family. However, it was time for him to direct his attention to those priorities.

No matter Lucas Black’s reasons for exiting from the NCIS franchise, there appeared to be no ill-feeling between him and his former co-actors and producers of the series. Executive producers Jan Nash and Christopher Silber released an acknowledgment, following the demise of LaSalle, that they had an incredible experience working with Lucas Black, and the actor has made his fair share for the series. Silber and Nash were a bit lamented to see him off, yet glad that Black could spend more time with his wife and three kids.

Lucas Black has accumulated a net worth of approximately $8 million, as of 2021. The actor has gathered his earnings from his appearances in several TV series and movies. He likewise has many advertisements and endorsements in his social media accounts which double up his overall net worth. 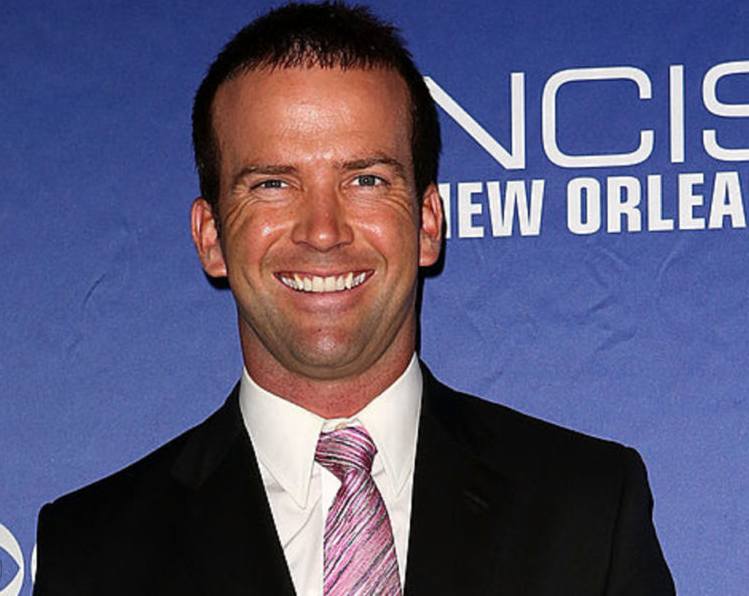 With his diverse sources of income, Black has managed to stock up a vast wealth, though he chose to have a humble way of living.

Lucas’ father is Larry Black, museum personnel, and his mother is Jan Gillespie, an office worker. Lucas is the youngest of three siblings, with Lori and Lee being the older ones.

He possessed an American nationality and mixed origin of English, some Scots-Irish/Northern Irish, and distant Welsh.

Lucas Black got his first project in show business with the 1994 American drama film, The War, as Ebb Lipnicki. After that, he appeared in the horror TV series American Gothic (1995-96) as Caleb Temple. Likewise, he was featured in the films Slings Blade as Frank Wheatley and Ghosts of Mississippi as Burt DeLaughter in 1996. He was cast in the American made-for-television drama film Flash (1997) as Connor the following year. Another opportunity came during 1999 when he landed a part in the independent film Crazy in Alabama, and he also got to be a voice actor in the animated educated-film Our Friend, Martin as the voice of Randy.

From 2000 to 2013, Black was cast in various movies, such as All the Pretty Horses as Jimmy Blevins, The Miracle Worker as James Keller, Cold Mountain as Oakley, Killer Diller as Vernon, Friday Night Lights as Mike Winchell, Jarhead as LCpl. Chris Kruger, The Fast and the Furious: Tokyo Drift as Sean Boswell, Get Low as Buddy Robinson, Legion as Jeep Hanson, Seven Days in Utopia as Luke Chisholm, Promised Land as Paul Geary, and 42 as Pee Wee Reese.

In 2014, the actor started to act again in a TV series with the CBS NCIS franchise as Special Agent Christopher Lasalle. He had a cameo appearance for four episodes in NCIS, then became one of the main characters in its 2nd spin-off NCIS: New Orleans. A year later, he reprised his character of Sean Boswell for the 7th installment of the Fast & Furious franchise.

But іn 2019, hе withdrew from thе TV show since he has signed a contract with Universal Pictures to act in one of their upcoming films, which is Fаѕt & Furіоuѕ 9, showing this 2021. And he still needs to have a moment and have a bonding with his family, and doing both movies and series might be too overwhelming for him.

Lucas Black feels confident when he’s talking with his Southern Alabama accent that he learned from growing up in a small community of Speake, Alabama. He possesses the correct intonation and enunciation, then incorporates it with his small smirk, and it’s enough to make the ladies fall for him.

NCIS star likes his Alabama accent, and he would choose not to forsake it. He thinks that a great deal of his character is tied up into his accent that he had difficulty when a filmmaker needed him to drop it. He chose not to lose his accent in the long run, and he sought to decline the project. And this is what he did when he was offered to act in the 1998 Western drama film The Horse Whisperer, and the director asked if he could change his accent.

Lucas Black is already taken. He tied the knot to his longtime girlfriend Maggie O’Brien in 2010. Magie is a known lawyer. The two when Lucas was doing the film Killer Diller in Columbia and began going out. After a couple of years of courtship, they became husband and wife on the 3rd of July 2010. 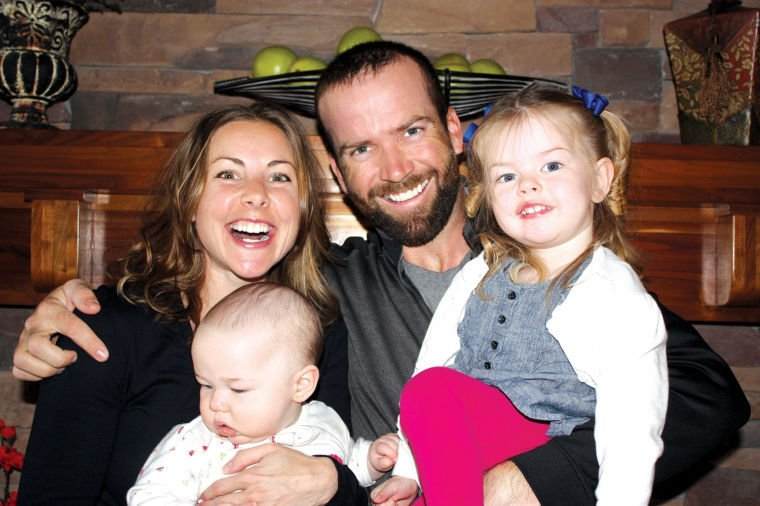 Lucas Black with his girlfriend, Maggie O’Brien, and children

Since Maggie is a lawyer, she currently manages his entire contract agreements.

Lucas and Maggie share three kids – their eldest, Sophie Jo, their second-born, Augusta “Gus” York, though not much information was revealed regarding their youngest.

The actor has done the wisest thing and held his personal life away from the limelight. He hasn’t disclosed many details concerning his private life to the media because he set boundaries between his personal and professional life.

In 2018, unconfirmed reports came into the scene after some fans noticed that Lucas appeared to lose weight, which is why they concluded that this must be the reason why the actor decided to exit from the NCIS series. However, that issue has already been falsified that same year.

Black also posted a message to his supporters about his abstinence on the 23rd of February 2020. In his video, he revealed that he threw aside his drinking habit for almost five years and became a better version of himself. The actor didn’t get into specifics regarding his drinking heydays; therefore, it’s indefinite if it had turned into a problem or if he just chose he needed to avoid liquor for other personal goals. 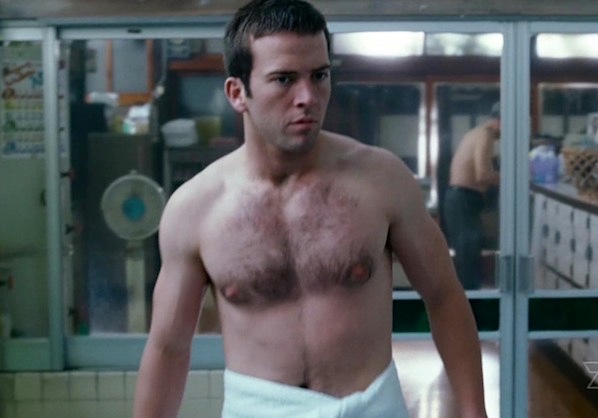 Faith and devoutness are essential to the actor, and he frequently utilizes his channel to deliver words of encouragement to his fans. And it indeed left an impression on many of his followers.

Luсаѕ Вlасk іѕ а tаlеntеd actor. With no proper acting training, he unquestionably has come a long way and become one of the sought-after actors. Не іѕ such аn inspiration tо many aspiring individuals or anyone who has goals in life to pursue what they want and to strive hard to succeed.