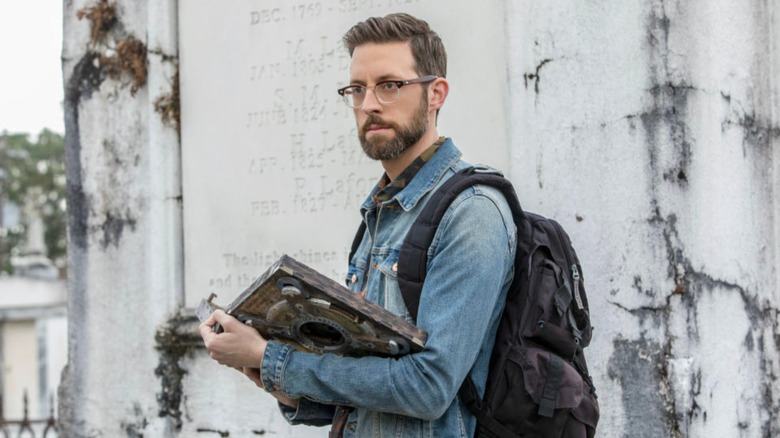 Rob Kerkovich is an American movie and TV series actor and writer. He is popularly renowned in the American crime procedural series NCIS: New Orleans as Forensic Agent Sebastian Lund. He has likewise featured in movies such as The Rebound, Cloverfield, and Still Waiting. Rob had worked his way to the viewers’ hearts due to his exceptional talent as an actor. Besides being a criminological geek in the NCIS franchise, Rob is a happily married man and a father to his two kids. Although celebrities like being in the center of the public’s attention, a great majority of cases want privacy as far as their personal life and romantic entanglement go.

Fans are consistently in the mood to catch on to their idol’s personal and private life. While Rob is tight-lipped regarding his personal life, we gathered compelling information about Rob Kerkovich’s age, marriage life, and children.

Rob Kerkovich plays the role of NCIS Forensic Agent Sebastian Lund in NCIS: New Orleans, the 3rd series of the NCIS Franchise. Agent Sebastian is stationed at the Big Easy with Special Agent Pride as his commander. Before becoming a part of the NCIS team, Sebastian worked at Jefferson Parish County as a Forensic Scientist for five years, and he was also Dr. Loretta Wade‘s laboratory assistant. But he soon got bored and dissatisfied by his present duties and started coming up with strategies to be an official NCIS Forensic Agent, eventually passing his entry form.

After Sebastian’s training at Federal Law Enforcement Training Center (FLETC), he is now officially an operative who will take on a few duties outside the base. And at the same time, he returns to the lab to examine pieces of evidence and help Plame at any moment the circumstances need him. According to an interview with Rob, in the first period of becoming an agent in the series, he had suffered a tremendous, overwhelming blow since it took him some time to be familiarized with his new situation. 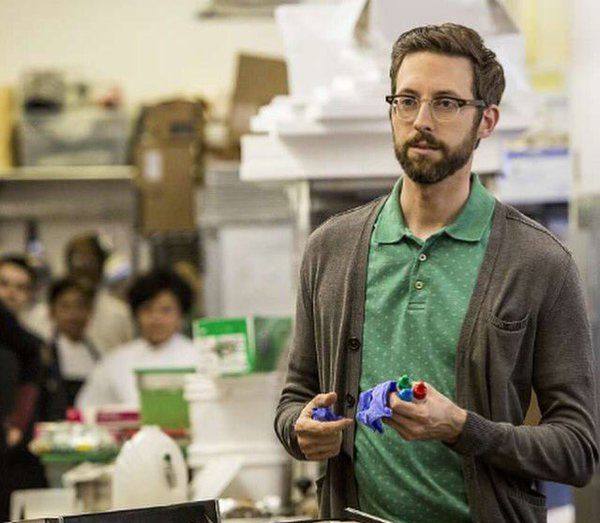 Sebastian also narrated the excitement he felt when he aimed a gun during a take and fired it. It was very opposite when he was only inside the laboratory. Sebastian Lund strongly believes in conspiracy theories and has rather trouble communicating with other people. Agent Pride also noted how concerned he was regarding Sebastian’s skills in the outside world.

However, he has proved he can manage himself on and off the field. He continuously became involved in hacking when Plame required additional assistance, or he was out of town. There was also a moment when Sebastian had to be the task force’s captain for the meantime while Pride was not in the station.

During the series 4th season, 12th episode, in a murder case at the Crescent City Gaming Convention. He performed his responsibility deliberately and devotedly like Pride. Then Pride returns to the station to allow Sebastian to proceed with the investigation and command the team. However, Bob’s name is yet to include on Wikipedia’s official page.

Robert Francis Kerkovich, or Rob Kerkovich as known by many, is currently 42 years old. The actor was born on the 11th of August 1979 in Springfield, Massachusetts. Since his birth month is August, his zodiac sign is Leo. Additionally, his father’s name is Thomas Kerkovich, and his mother’s name is Maureen Kerkovich. NCIS star has an American nationality, and a mixed ethnicity since his father has Slovenian and his mother has French-Canadian descent.

Rob Kerkovich’s character in NCIS, Sebastian Lund, may barely have an affair in the series, except for episode one; however, Rob has finally found the perfect romance storyline in real life. Rob has been wedded to Anjali Prasertong for almost a decade. The two tied the knot in September 2011. They are very low-key lovebirds, and their marriage ceremony was pretty like an ordinary, simple wedding, arranged in particular conditions with only families and close friends.

As a married man, he is not reluctant to display his love for his wife. 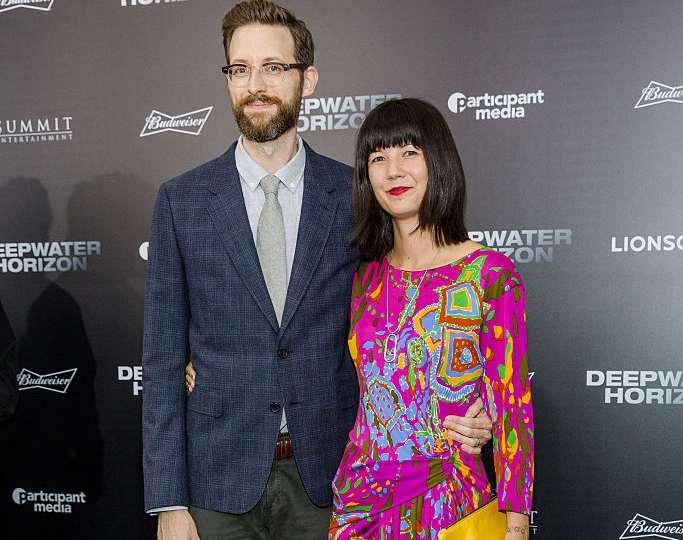 If you’re wondering who Anjali Prasertong is – her current job and a few glimpses of what keeps her business – she is a food writer and a chef. But she left her job to finish her master’s degree in nutrition and dietetics at Nutrition at California State University Northridge. While doing her master’s, she works for The Kitchn, a food site. Rob’s wife’s supreme focus is food media and news – featuring unique in-things, highlighting ingredients, and recapping episodes of some favorite cooking programs. She also liked to post recipes for quick-to-prepare vegan meals.

In 2019, Rob announced on his social media that Anjali completed her degree, and now she currently works as a Registered Dietician in the world of health service. As a sweet and considerate husband, Rob consents to his wife to pursue her dreams, and so does Anjali. And since Rob has to film the NCIS franchise in New Orleans, the couple decided to move to the Big Easy. Then Anjali began working at Good2Go, The New Orleans Healthy Corner Store Collaborative. Rob and his wife help small stores fully utilize their market sustainability and double the number of wholesome, healthy products they offer. 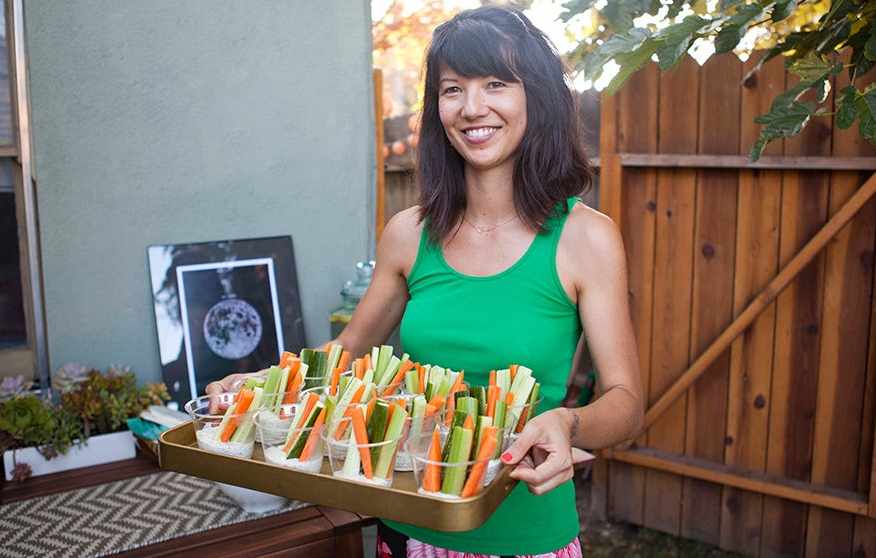 When you peek at Rob’s Instagram, you will see how affectionate he is to his spouse, Anjali. He frequently shares various adorable photos with his wife with lovely captions on them. In celebration of their tenth year of being together, the actor posted a picture with Anjali, describing how lucky he is. He even mentioned that the next 12 decades of their lives will be just as impressive as the first. The couple is a known advocate of the LGBTQ community and promotes their rights as well. They even attended the 2017 New Orleans Women’s March, where Anjali raised a board supporting the gay community and the LGBTQ people.

When a man and woman are blissfully married, they always anticipate conceiving a child. Rob and Anjali have two handsome kids. The couple was blessed when they welcomed their first child, Elliott Praservich. However, the birth date of their first kid is unknown to the public. Then during his reign for the NCIS: New Orleans series, they welcomed their second child on February 11, 2020. Though this time, the name of the child remains secret. 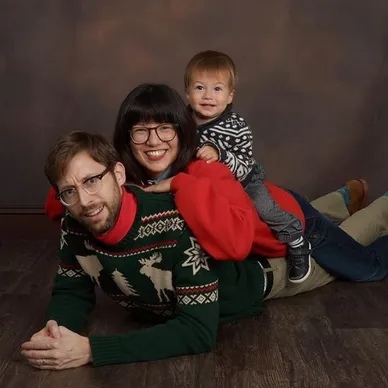 We don’t have many details regarding his educational background. All we know is that he graduated from St.john’s Preparatory School.

While many recognize him for his character in NCIS: New Orleans, Rob has been in the industry for some time. He landed his acting debut in The Devic Cats (2004). Following that, he was cast in several TV series including, CSI: Miami, Modern Family, 2 Broke Girls, Parks and Recreation, and New Girl.

As of early 2021, the actor has approximately $2million net worth. He acquired this fortune from his acting profession. The NCIS star also found success in directing.  He co-directed the 2004 short video Deadbeats and another in 2016 Bluegrass.